I am often asked for a recipe for a ‘real old-fashioned rye bread’. But which bread, since there are literally dozens that qualify for that description? Finally I chose this recipe because the method is simpler than most, yet the result is a light delicious loaf with a moist texture. The inclusion of beer gives the bread the traditional, tangy taste without the complexities of using a sour-dough starter. I also found, tucked away in Elizabeth David’s definitive book on bread, the secret of that crisp, shiny crust you get with a baker’s rye loaf – a glaze made with potato flour, although you will get excellent results with a brown sugar and water glaze.

The particular combination of strong white bread flour and rye flour in this recipe produces a soft, light texture, but if you prefer a denser loaf use wholemeal (wholewheat) flour in place of white.

Most of the preparation for the bread is done the day before baking, so you may need to plan ahead. Use a mixer rather than a food processor. The recipe makes three loaves which freeze well (see above on freezing and defrosting baked bread.) Potato flour is available in kosher supermarkets and shops specialising in Polish or East European ingredients.

1. With easy-blend yeast, fit the dough hook and in the bowl of the electric mixer, mix well together the yeast, the brown sugar, both flours, salt and 2 teaspoons of the caraway seeds. Add the beer mixed with the boiling water and mix to a dough.

2. With fresh yeast, crumble the yeast into a large mixing bowl, add the water and brown sugar, stir well and leave for 10 minutes, or until frothy. Add the beer, then, using the K beater (paddle) of the electric mixer, add in the well-mixed flours, salt and 2 teaspoons of the caraway seeds, a cupful at a time, until the dough becomes too thick to continue. Change to the dough hook and add the remaining flour, mixing until it forms a dough.

3. Knead for 3–4 minutes, until the dough has a silky, rather limp texture. Turn out on to a lightly floured surface, knead gently into a ball, then put in a well-oiled container large enough to let it expand to 3 times its size. Turn it over to make sure it is lightly coated with oil, cover with a lid or cling film (plastic wrap) and refrigerate overnight.

4. Next day, leave the dough (still in the container) in the warm kitchen for 11⁄2 hours, until it has lost its chill (or warm on defrost in the microwave for 1 minute), then turn it out on to a floured surface and knead gently but firmly to expel all the gas bubbles.

5. Divide into three 1-lb (450-g) pieces. Knead each piece into a round or baton and arrange well apart on greased baking trays (cookie sheets.)
To make the glaze, mix the water and sugar until dissolved. Or mix the potato flour and 2 teasp water to a smooth paste (no lumps), then gradually whisk in the boiling water until you have thick clear paste.

6. Brush the 3 loaves with either glaze, scatter with the remaining caraway seeds and make 2 slanting slashes in the top with a sharp, floured knife. Slip each tray into a large plastic carrier bag and leave until they have almost doubled in size and feel spongy to the touch – about an l hour in a warm kitchen.

7. Meanwhile, preheat the oven to 400°F/200°C/Gas 6. Bake the loaves for 35–40 minutes, or until they are a deep chestnut in colour. If using the potato flour to glaze, brush the loaves again 15 minutes before the end of baking time. Leave on a cooling rack until cold. 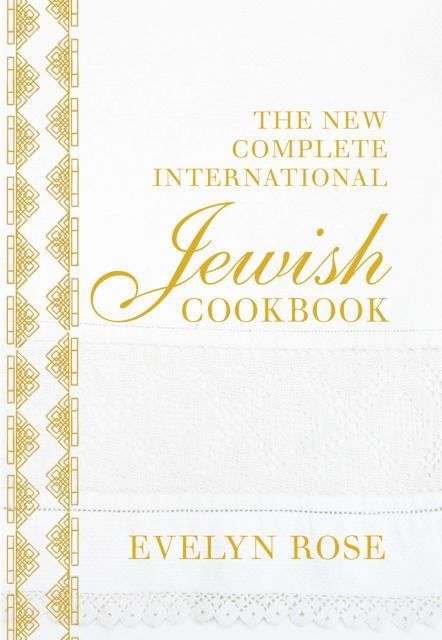